We are celebrating 30 years of the Dorking Chamber Orchestra in the coming season! Hope to see you at our next Concert! DCO Bookham Baroque Celebration 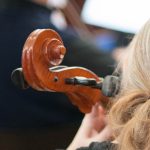 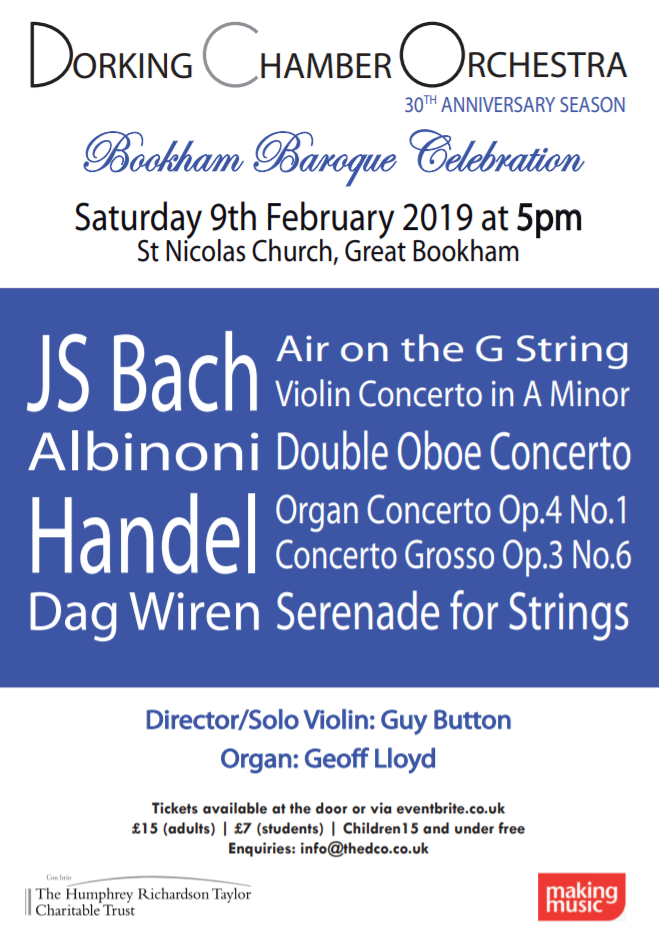 Our Next Concert is on May 12 at St Martins Dorking 7.30pm

We are playing the lively Don Giovanni Overture by Mozart, the little known and exciting Malcolm Arnold Viola Concerto and  Mendelssohn Symphony No 4 – The Italian. Our Conductor is Andy Morley and  Leader Guy Button 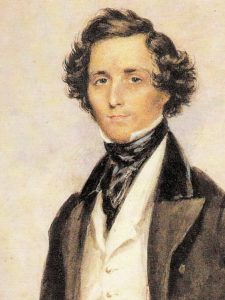 We hope you can come and hear us! 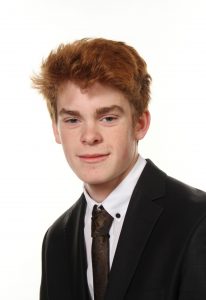 We are very pleased to be playing with the exciting cellist Joseph Pritchard at our Feb 10 concert. Joseph will be performing the Haydn Cello Concerto in C Major.
Joseph  began playing the cello aged 6, initially studying with Louise Padday and Ioan Davies while attending Wells Cathedral School. In 2013, he gained a place at theYehudi Menuhin School where he now studies under the tutelage of Thomas Carroll.
A keen orchestral player, Joe spent four years in the National Children’s Orchestras of Great Britain,
as well as a further four years in the National Youth Orchestra, in his final year holding the
position of principal cello. Whilst in the NYO, he regularly performed in major venues such
as Birmingham Symphony Hall, Sage Gateshead, Royal Festival Hall and the Royal Albert
Hall under esteemed conductors such as Edward Gardener, John Wilson, Thomas Ades, Ilan
Volkov and Sir Mark Elder.
As a soloist, Joe was one of four winners of the 2017 Two Moors Young Musicians Platform
and last year reached the Strings Category Final of BBC Young Musician.
He plays a 1821 German cello by Sebastian Klötz with a Thomas Dodd bow
kindly on loan to him from John Wells

There are no upcoming events.